A ‘Miracle Crusade’ Tonight Near The Middle East!

04 May A ‘Miracle Crusade’ Tonight Near The Middle East!

Tonight was the main night of our gospel crusade here in South Asia, near the Middle East and what an amazing night we had! Thousands were saved, healed and baptized in the Holy Spirit tonight, but more on that in a little minute. There are so many amazing things to to share tonight, so I’m sorry in advance for the long email.  🙂

This crusade was truly a ‘miracle crusade’.  I mentioned before that it was a miracle we were able to raise all the money and get it here in time for the crusade, but I also just found out that it was a miracle because a local government leader who is not a Christian and is from a radicle religious belief system, tried to stop the crusade from happening and was almost successful. He was the final person that we needed permission from in the government here to do the crusade.

He asked my director, “what is going to happen at this meeting”?  “Are people going to be healed and get out of wheel chairs”?  My director said, “yes they are in Jesus’ name”.  Then he proceeded to tell my director that he “wouldn’t allow us to do the crusade because he didn’t want people to get healed and turn to Jesus”.  Wow!  I feel like I’m living in the Bible.  The religious people said the same thing to Jesus and his disciples.

Thankful my director was able to make some phone calls and and we were able to get the approval we needed for the crusade just one day in advance of the crusade.  Praise God!

Tonight Amanda and I celebrated our 12 year wedding anniversary with the team here and with the entire crowd.  It was so special.  I couldn’t think of a better way to celebrate our wedding — Saving thousands of people with my best friend and wife, Amanda.  Thank you Jesus.  I have the most wonderful wife in the entire world. 🙂

Tonight I felt in my spirit I needed to preach as clear and simple of a gospel message so that anyone from another religion could easily understand it. When I made the altar call for salvation, nearly the entire crowd stood to their feet! We estimate over 90% of the crowd responded to the gospel asking Jesus to be their savior and acknowledging that He is the Son of God! Hallelujah! You can watch the entire service on my Facebook LIVE by clicking HERE.

I then prayed for the baptism of the Holy Spirit and for the sick to be healed and there was such a powerful move of the Spirit — it was actually tangible.  I asked those who had been healed and had the evidence of their healing to wave both hands over their head and thousands responded.  The healing line was so long we couldn’t get to everyone.  In fact we had to shut the healing line down because people started pushing each other to get on stage. Thankfully no one was injured.

One woman had TB for six years and was completely healed tonight when we prayed.  Another woman had a severe skin condition for the last 3-4 years that caused great pain and severe marks on her arms.  She told us that she had been to every doctor, tried every cream and medicine and still nothing helped her, but tonight when I prayed for the sick, Jesus healed her completely!  In fact, even the marks on her skin completely vanished tonight!  Praise God!

There was also a man who came tonight who had been throwing up blood since Christmas last year.  He wasn’t sure what was wrong with him, but his sickness became so severe that he couldn’t walk.  Tonight when we prayed, the Lord healed this man and now he feels completely healed and was walking with me on stage for the first time in several months.

We praise God for all of the miracles that happened tonight and for all the people who where saved tonight in Jesus’ name.  Now all the local pastors are working on getting the new believers into their local churches to be discipled and many new house churches will be planted in the days to come.

Thank you so much for partnering with us in the harvest!  We love you and pray God’s richest blessing over you and your family in Jesus name!

Together in the harvest,
Chris and Amanda Mikkelson

P.S. To watch my entire sermon from tonight, Click HERE.  To watch a short behind the scenes video from our arrival to the crusade, Click HERE. 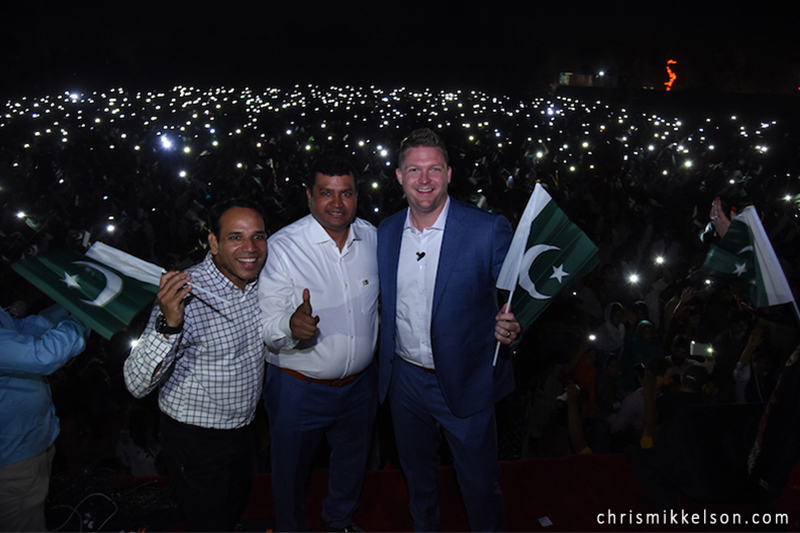 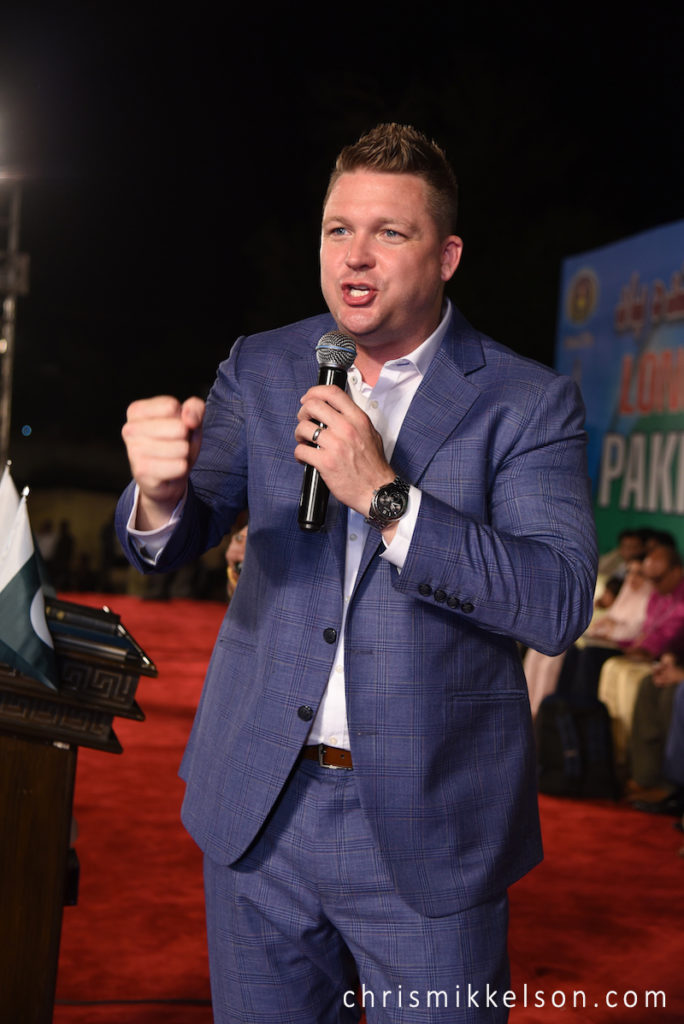